What is the Yauco Theatre Project?

​Renana and Kate are graduate students at New York University majoring in Educational Theatre. Using their resources and contacts in both New York and Puerto Rico they have designed a curriculum for young people to explore career opportunities in the arts while developing their unique artistic voices. As experienced facilitators and teachers, Kate and Renana will guide the students through a variety of artistic experiences over the course of five full days in Yauco, Puerto Rico.

During this week of programming, students will be exposed to various forms of theatre and movement taught by local performers who live and work in Puerto Rico. Through this exposure students will examine their unique forms of expressing their identities as artists, as Puerto Ricans, and as young people in the world.

The program will take place from June 12th-17th in Yauco, Puerto Rico with support coming from the community itself as well as donations from people like you. Check out the donations page to see how you can help pay for the involvement of local guest artists in this program.
Donate here

First established in 1960, the public high school school is named after a local politician, lawyer, activist and musician who founded the Institute of Puerto Rican Culture. The school specializes in fine arts, music, dance, theatre, and singing. Students are admitted based on interviews and auditions and begin school in 7th grade, continuing on through 12th grade. In addition to classes in their artistic discipline, students take courses in Spanish, English, math, science, social studies, PE and Health. The school is one of three high schools in the city of Yauco and currently has approximately 375 students.

More information can be found on the school's website:
http://escuelaespecializada.com/

The other high schools in Yauco include Escuela Superior Ocupacional y Tecnica De Yauco (790 students), and Escuela Loaiza Cordero del Rosario (436 students).
Our project is open to all students in Yauco, though our primary contacts attend the arts-based high school Ernesto Ramos Antonini *

A small town on the south side of Puerto Rico, Yauco is home to Teatro Ideal, a beautiful old theatre space, as well as a small public school specializing in the arts. It has seen a rise in public street murals through the Yaucromatic project employing local visual artists to beautify the streets. Though full of artistic passion, its off-the-beaten-path location provides challenges for growth and collaboration.

The city of Yauco was named after the river Yauco which was originally known as Coayuco by the Taínos, meaning "yucca plantation". The area of Yauco was considered as the capital of "Boriken" (Taíno name of Puerto Rico) and was governed by Agüeybana, the most powerful Taíno "cacique" (chief) in the island. It is bisected by the Rio Yauco, with a geography similar to that of the French Corsican island. For this reason, many Corsicans emigrated to Yauco in the 19th century influencing local culture. Its location has been important in many political revolts and invasions throughout modern history.

​After Hurricane Maria, a group of local artists created the Yaucromatic Project to increase tourism to the area and provide job opportunities for visual artists. Through this project a series of public murals were painted throughout the town creating highly photographic and well-trafficked spaces. The Teatro Ideal is another space in town that caters to the local passion for the arts, hosting out of town guest performers, arts workshops, and more. Much like the work of Yaucromatic, this project aims at celebrating the talents, passion, and creativity of the local theatre community. 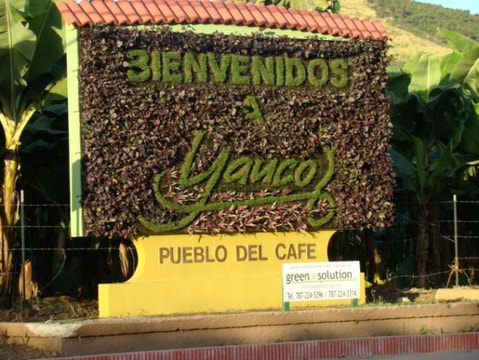 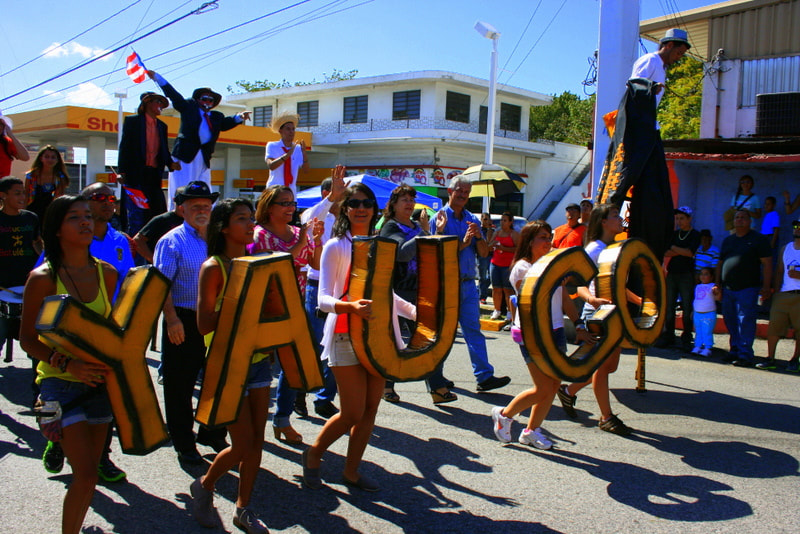